How to Prevent, and Treat, Lyme Disease in People and Pets

U.S. health officials warn that cases of the illness are on the rise 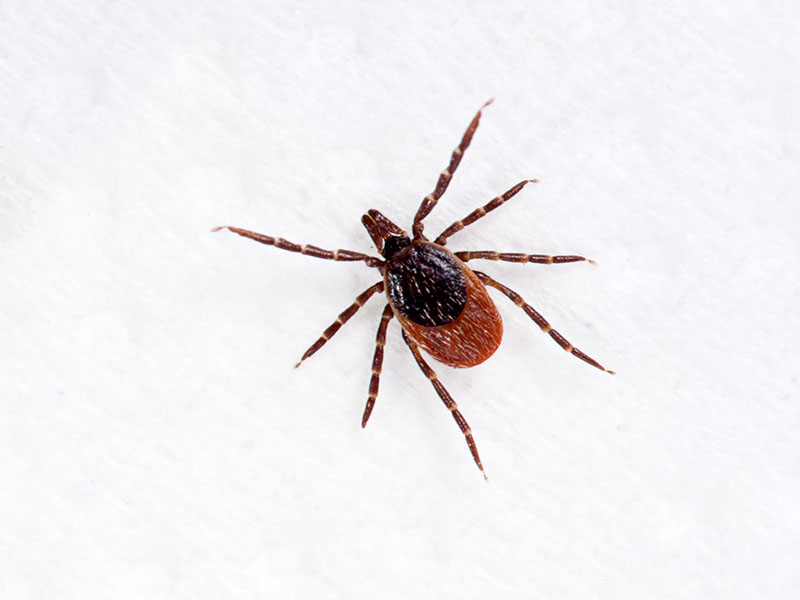 SATURDAY, Sept. 2, 2017 (HealthDay News) -- If you're planning to be outdoors this holiday weekend, the U.S. Food and Drug Administration wants you to know that ticks are most active during the summer months.

Campers, hikers and gardeners are among those at greatest risk of tick bites. Ticks are transported by deer and mice, which thrive in suburban and wooded areas, the agency warned. And, they hang around for most of autumn and even into winter if the weather is mild.

Ticks can bite anywhere on the body but they are most often found in moist or hairy places. The FDA noted, however, that ticks need to feed on their host for 24 to 48 hours in order to transmit Lyme disease.

There are no vaccines in the United States that protect against Lyme disease and other tick-borne illnesses, and these infections are on the rise, the FDA said.

There were 40,000 cases reported in 2015 alone -- up from just 12,000 back in 1995, the U.S. Centers for Disease Control and Prevention reports. Health officials believe the actual number of infections is probably much higher, hovering around 300,000.

The vast majority of people who are infected with Lyme disease develop a rash. For 20 percent of these people, the rash will have a distinct "bull's-eye" appearance, the FDA says. Other warning signs of early stage Lyme disease include:

If not diagnosed and treated right away, Lyme disease can spread to joints, the heart and the nervous system, the FDA warned. After weeks or months people may experience:

Health officials urge those who suspect they have Lyme disease to visit their doctor as soon as possible. There are FDA-regulated tests for Lyme disease, including a blood test that checks for antibodies to the germ that causes the disease.

But these blood tests may be inconclusive if they are done too soon after a tick bite. The FDA said it usually takes at least two weeks for the body to start developing antibodies.

The best treatment, however, is prevention. The FDA offers tips to help people avoid tick bites, including:

It's also a good idea to monitor pets for Lyme disease, the FDA recommends. Typical symptoms among animals include swollen joints, limping, fever and loss of appetite. Some dogs with Lyme disease develop fatal kidney disease, according to the FDA's Center for Veterinary Medicine.

Just like people, dogs should be routinely checked for ticks and kept away from tick-infested areas. There is also a vaccine for dogs that can protect against Lyme disease. Pet owners should discuss this option with their veterinarian to see if it's appropriate for their dog.