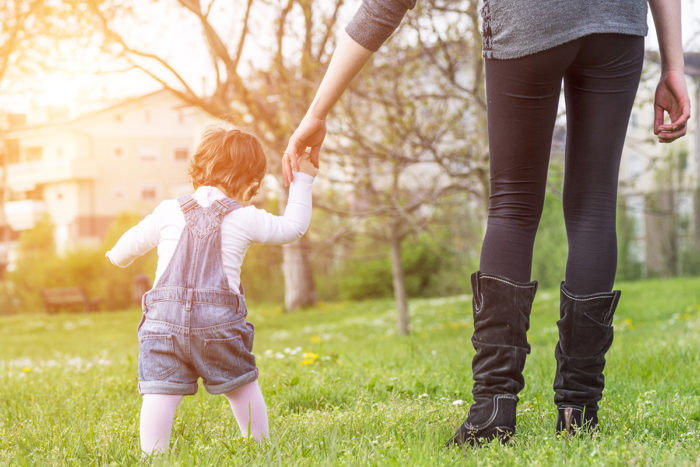 Scientists, led by researchers at Washington University School of Medicine in St. Louis, have identified brain networks involved in a baby’s learning to walk — a discovery that eventually may help predict whether some infants are at risk for autism.

Scientists have identified brain networks involved in a baby’s learning to walk — a discovery that eventually may help predict whether infants are at risk for autism.

The findings build on previous research that has shown that babies who have delays in developing skills involved in coordination and movement are more likely to be diagnosed subsequently with autism spectrum disorder.

The new study by researchers at Washington University School of Medicine in St. Louis and other scientists is available online in the journal Cerebral Cortex.

In brain scans and motor skills evaluations of nearly 200 babies, the researchers unexpectedly found that part of a brain network that operates in adults when the brain seems to be doing nothing is involved in learning to walk and control motor functions. This network — called the default-mode network — is active during sleep and daydreaming and when a person is thinking about one’s self and one’s environment, including that individual’s social ability, which is disrupted in people with autism spectrum disorder.

Previous research has shown that people with Alzheimer’s disease and autism often have disruptions in the default-mode network.

“Walking is a huge gross motor milestone, and it’s associated with a child’s understanding of his or her own body in relation to the environment,” said first author Natasha Marrus, MD, PhD, an assistant professor of child psychiatry at Washington University. “That the default-mode network is involved is important because that network is thought to be very involved in developing one’s own sense of self. Our findings may allow us to identify the brain regions and networks that can predict aspects of autism before it’s possible to make a clinical diagnosis.”

Marrus worked with colleagues from the multicenter Infant Brain Imaging Study (IBIS) network, performing functional brain scans on 187 young children while they were sleeping. They scanned the children near their first birthdays and again about a year later and evaluated gross motor skills at those same times.

“Understanding the early development of functional brain networks underlying walking and motor function in infancy adds critically important information to our understanding not only of typical development but also of a key deficit that appears early in the development of a number of neurodevelopmental disorders, such as autism,” said Joseph Piven, MD, one of the study’s co-senior authors and a professor of psychiatry, pediatrics and psychology at the University of North Carolina.

Some toddlers in the study had an elevated risk for autism because they have siblings with an autism diagnosis. Autism spectrum disorder is, in part, a genetic condition that runs in families. In the general population, about one in 68 children is affected, but the odds rise to one in five when a sibling has an autism diagnosis.

The researchers also found that between a child’s first and second birthdays, brain networks linked to walking change. At 12 months, stronger connections between the brain’s motor and default-mode networks were associated with better walking and gross motor skills. By 24 months, brain networks linked to attention and task control also had become engaged in walking and gross motor skills, the research showed.

“When a child first learns to walk, a big breakthrough involves just putting one foot in front of the other and learning to control one’s limbs,” Marrus said. “As walking improves, it’s possible the child may begin to think, ‘Where, exactly, do I want to put my foot?’ Or, ‘Do I need to adjust my position?’ And by becoming more or less active, the default-mode network, along with other networks, may help process that information.”

It’s possible that the brains of children who go on to develop autism are not as adept at making those network connections and processing that data, the researchers said. As the study continues, they plan to look for faulty brain connections that may be red flags for autism risk.

“Understanding relationships between these networks may be important for understanding the brain differences associated with autism,” said John R. Pruett, MD, PhD, the study’s other co-senior investigator and an associate professor of child psychiatry at Washington University. “In future studies, we want to identify differences between brain network connections in children who develop autism and those who don’t and see how they affect landmark motor behaviors, such as walking.”